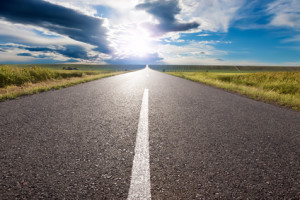 We’ve been involved in Transition Coaching more than ever before because of the importance rightfully being placed on improving the assimilation of new leaders into organizations.  In recent years, the failure rate of transitioning leaders (whether external hires or internal promotions) has been surprisingly and unacceptably high—anywhere from 30%-60%, depending on who’s research and metric you’re using.  And the cost of a mistake at senior levels typically runs 10-15X salary.  Indeed, Boards and Executive Teams are “owning” this crucial challenge, as they should.

Furthermore, transition steps can be targeted to four (4) primary “targets”—Boss, Team, Colleagues and Self.  Most transitioning leaders pay attention the first two, at the expense and peril of the second two.  But all four need concerted attention.   The boss tends to believe they’ve solved a big organizational problem when the new leader takes the reins, so they turn their attention elsewhere.  That’s why they’re paying them the big bucks, right?  Compounding that erroneous assumption is that the new leader wants to prove her independence.  But if the new leader and the boss aren’t fully lock-step not only on exactly how success is defined in the leader’s role, but also how the two of them will operate, with frequent check-points on both, the new leader is driving this change blind-folded at best.

The team dynamic could be the most intense.  After all, the new leader landed in their lap, and possibly in the role a few of them wanted and thought they deserved.  While making quick change in this space is tempting, due diligence and patience could be what’s most needed.  The new leader will only be as good as his team, so getting this right is paramount to a successful transition.

As alluded to above, many transitioning executives are vertically oriented, paying attention to the boss and taking care of the team.  Yet lateral and diagonal relationships in the rest of the organization could well be the most important of all, since multi-faceted support is required in today’s complex organizations, and lack thereof can torpedo things fast.  Besides, the new leader’s peers are the bearers of the current culture, which often has a strong immune system and thus by design rejects foreign bodies.  Deliberation and considerable finesse is often required to navigate this minefield.

Last but by no means least is oneself, as neglect here can be an easy and very costly mistake.  If the new leader is not at the top of her game—mentally, emotionally, and physically—her odds of failure increase exponentially.  Conversely, attention to self will ensure the new leader has the sharpness, stamina and fortitude to effectively lead potentially the biggest challenge of her career through to fruition.

The acronym and action matrix below is one way to be mindful and purposeful in the transition window.

Align with your boss.

We find that being deliberate in this manner can help transitioning leaders bolster credibility, build trust, and gain the followership required for a successful transition.