Executive Pay: Agree on the “How” – “How Much” Will Solve Itself

Posted by board-advisory on February 03, 2015  /   Posted in Compensation Committees

The typical discussion regarding executive pay among boards, investors, proxy advisers, and management has tended to be on how much to pay. Executive pay comparisons relate total compensation to both peer companies as well as total shareholder returns. While the “how much” analysis is helpful in assessing relative pay levels, the more critical discussion is how to pay. The “how” discussion describes the way management participates in value created for shareholders. The upshot of this discussion is that if there is agreement on how to pay executives among key stakeholders, then how much to pay is determined by actual performance over time.

The almost exclusive focus on how much to pay is in some respects an accident of history. Prior to WW II, incentive pay was often based on profit sharing. After the war, the market migrated to a competitive pay model that determined compensation based on position, industry, and company size. This had the effect of keeping a lid on pay inflation during the rapid economic expansion and with the elimination of price controls on wages following the war.

Unfortunately, the competitive pay approach led to excesses usually driven by inappropriate peer comparisons. In response, institutional investors have come to the forefront on say on pay. Large institutional investors like Vanguard and Fidelity have established internal groups to evaluate and vote their proxies. Other institutions rely on proxy advisory firms, such as ISS and Glass Lewis. Both the internal groups and the proxy advisers tend to evaluate pay almost entirely on the basis of how much is paid, not on how the pay was determined. Their quantitative models are designed to work across a variety of industries but usually fail to do that (one size fits all doesn’t fit anybody) and often fail to adequately address special situations (e.g., turnaround, companies with few peers, etc.).

The path forward for the say-on-pay evaluators is unclear. The internal groups may face a challenge from within trying to maintain relevancy in an organization whose objective is to generate respectable returns compared to other fund managers in order to attract investors’ savings. It’s a bit odd when a company that makes the fund look good is told its pay is out of line by the proxy group of the same fund. In short, do these groups represent merely an 18-month hitch for a rising executive, or do the Vanguards and Fidelitys of the world see an opportunity to influence investor returns through better pay practices?  The proxy advisers have seen their influence diminished through direct institutional involvement. Do these firms morph into IT-driven proxy processors while they rejigger their models to identify only the most egregious offenders of poor pay practices?

In this evolving environment, boards and compensation committees still face the real challenge of ensuing that their compensation program meets with shareholder approval. In response to investors’ concerns about pay and performance, many boards adopted programs with specific metrics and targets that drive both the annual plan and absolute or relative total shareholder return (TSR) performance-based, long-term equity programs. More recently, many companies have developed outreach programs to their large investors.

The challenge that boards face may also be their opportunity. In short, they should create a new discussion about pay practices. Our suggested approach is to define for all shareholders how managers share in the wealth they create for investors. Note the focus is on how, not how much. The former defines the target leverage the program employs—i.e., how does management’s wealth change with a change in the company’s TSR relative to the market or peers? What is the appropriate leverage for an industry, and should the board consider a higher or lower leverage ratio than the company’s peers? This is the right discussion to have with the company’s investors.

Posted by Jeff McCutcheon on February 03, 2015  /   Posted in Compensation Committees 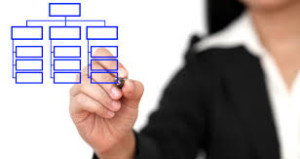 Board members have an obligation to protect the company from gaps in executive talent by ensuring leadership continuity, particularly during times of CEO succession. While we find numerous commentaries addressing best practices surrounding the planning for succession, we believe incentives should be considered that focus on the succession result.

Most boards recognize that they must rely on the CEO for much of the insight into potential internal and external successors and risks. Unfortunately, the CEO is perhaps the only individual who typically has no financial interest in the actual success of the succession effort.

Through our work with boards of directors, we have identified three types of obstacles to a CEO effectively planning for his or her own succession:

While we do not believe these obstacles prohibit effective succession management, we do recommend boards and committees responsible for succession consider the impact these factors may have on their efforts to mitigate business risk related to CEO succession.

Board Advisory LLC reviewed 50 recently filed CEO employment agreements to identify current practices with respect to CEO succession. We were looking to identify contractual employment terms that support successful succession of the CEO role. What we found was that CEOs typically have little, if any, financial stake in the ongoing success of the company during the 12-18 month period immediately following their termination of employment. In almost all situations, executives were allowed to fully liquidate their ownership in the company upon leaving. Moreover, CEOs often negotiated accelerated vesting of time-based, and sometimes even performance-based, equity incentives in the event of terminations without cause or for good reason (i.e., a “good leaver”).

In evaluating contemporary pay practices in light of CEO succession, we have identified several interesting arrangements that can align interests between the outgoing CEO and the ongoing organization through the most critical portion of the succession process. The concepts may be far easier to implement when recruiting a new CEO than when renegotiating with a current CEO, but we believe they are worth discussing in both situations.

We propose that compensation committees consider requiring CEOs to have “skin in the game” for a brief post-employment period to shift the focus from the process of succession planning to the actual succession result. After all, a principal responsibility of the board is to manage the succession risk, not the succession plan.