Posted by Jeff McCutcheon on June 02, 2015  /   Posted in Compensation Committees

ase arrangements (stock buybacks) are expected to top $600 billion in 2015, up from an estimated $550 billion in 2014. In fact, at the current rate of growth, share buybacks will soon represent a return of capital twice the size of aggregate dividend payments. Critics (including Blackrock CEO Lawrence Fink) argue that this large return of capital is evidence of short-sighted management eating the seed corn rather than investing within the business. In contrast, companies (and many activists) view their stock repurchase arrangements as rational, tax-effective decisions in reaction to a lack of attractive internal investment alternatives. Regardless of the reasoning, given the magnitude of share buybacks, we believe it is worthwhile for compensation committees to review closely the relationship between buybacks and incentives and carefully consider the role of unintended consequences within the executive performance management process.

Share repurchases use cash (capital) to reduce the number of shares outstanding. This reduces the aggregate value of the company (market capitalization) in rough terms by the amount of the repurchase, net of any indirect increase in share price. By reducing the shares outstanding, earnings per share increase. By reducing the capital employed, return measures also increase (ROE, ROA, ROIC, etc.). If the share repurchase is reflected in the setting of goals, this may not be an issue. If the buyback is determined after annual goals are set, the repurchase has the potential to distort performance compared to goals.

The excess capital used to repurchase shares may be the result of performance, but the act of repurchasing shares does not create value. Short-term investors surely benefit from any bounce in share price, and proxy advisers may embrace the impact on total return to shareholders (again, calculated on a per-share basis), but it is a return of capital, not the creation of real operating value. For this reason, compensation committees are advised to consider whether the performance management process–in terms of defining individual executive success and in terms of determining incentive payout–is accurately discerning between intended performance (e.g., increased aggregate earnings) and unintended results (increase in EPS attributable to a decrease in shares outstanding).

In reviewing individual and corporate performance measurement and payout arrangements, compensation committees are advised to look at both cause and effect with respect to buybacks. Does the performance measurement process create an incentive for the company to repurchase shares rather than invest in the business at an acceptable rate of return? Do incentive payout formulae distort performance in the event of a repurchase? If the intent of the incentive is to reward performance, is an adjustment for the impact of share repurchases warranted? These are all questions that are best raised during the plan design and goal-setting discussions rather than waiting until year-end to address.

Compensation committees should also be mindful of the bias that may be created toward inadvertently rewarding the return of capital through buybacks compared to the return of capital through dividends or the investment of capital in the business. Directors and critics generally agree incentives should not create any bias–the use of capital should be based on expected returns, strategic plans, and opportunities, not maximizing compensation. Unfortunately, many plans have the unintended impact of rewarding the buyback. Some programs, such as EPS-based annual cash plans, may do this directly. Other programs, such as CEO scorecards that are based on simple, as-reported financial results, may achieve the same unintended bias in a more indirect manner.

Companies with both large buyback programs and EPS-based incentive arrangements are at risk, as are their compensation committee members, of adverse scrutiny when proxy disclosures indicate that the impact of a buyback has a greater influence on CEO incentive payout than actual changes in performance. As a result, a growing number of companies now disclose in their CD&As their policy toward adjusting incentive payout calculations for the impact of share repurchases. As buybacks continue to increase in size and frequency, statements to shareholders clarifying this communication will become increasingly important. It may only be a matter of time before incentive payments resulting from buybacks result in derivative litigation.

We find there is nothing wrong with earnings-based measures or per-share-based measures, just as there are many good reasons to execute a share repurchase. However, we caution compensation committees to take into consideration and control any unintended bias resulting from this increasingly popular capital program. 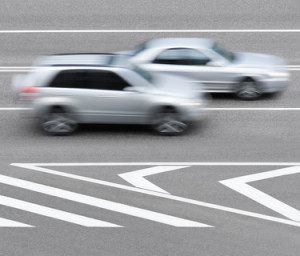 Posted by Paul McConnell on May 11, 2011  /   Posted in Compensation Committees

A recent WSJ article noted that Institutional Shareholder Services (ISS) has recommended a vote against Exxon’s executive pay plan.  Their key objections were that Exxon’s pay is not suitably correlated with Total Shareholder Return (TSR) on a 1 and 3-year basis and places too much emphasis on time-vested stock instead of performance vested stock.  Exxon is a massive organization that makes very large and long-term capital investments all over the world that are subject to economic and geopolitical risk on a scale that few other companies can appreciate.  The Company makes an excellent defense of their plan in a supplemental proxy filing and the description of their plan from their original proxy filing.  There is no need to repeat the arguments here.

But this incident points out the obvious issues with using a one size fits all set of “objective” criteria to assess executive pay.  Objective garbage is still garbage.  No Compensation Committee wants to see its executive pay program criticized by a proxy advisory firm.  But if your company is different in a significant way than the norm (as is Exxon), it is better to get that “No” recommendation for designing a program that is right for your company, than it is to get a “yes” by going with the flow and instituting a plan that doesn’t address your issues but passes the “objective” tests.  In my experience as an executive compensation consultant, having designed plans for a broad range of industries and company sizes, there is always something unique about each company that must become the lynchpin of their executive compensation program.  The art in this business is finding that unique element and designing accordingly.  Even if it breaks the rules.