Keeping Dodd-Frank in Perspective: Lame Duck Session for the SEC 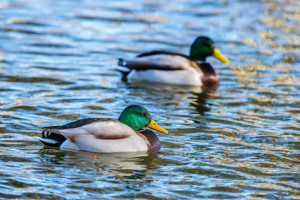 As the election approaches and candidates swap jibes at each other, we’re curious to see how the results affect executive compensation regulations. Up to now, the SEC has been sluggish—to the point of inertia—to adopt final rules for the “gang of four” regulations outlined in the Dodd-Frank act. Troubling though it is, their inaction has not slowed us down a bit.

Some background: Enacted in July 2010, Dodd-Frank is a behemoth of a law, registering at a whopping 2319 pages. The table of contents alone sprawls to fifteen pages. As you can imagine, the thicket of financial regulations are dizzying in number and complexity. And yet…the devil is in the details. Congress left it to the Security and Exchange Commission to sort out the nitty-gritty, including the more controversial issues. As of July, only a third of the rulings had been issued.

With respect to executive compensation, the act provided for a number of executive pay “reforms” of clawbacks, independence standards and increased company disclosure. The SEC has adopted final rules for “say-on-pay,” golden parachutes, and compensation committee independence standards. But the SEC appears to have run out of steam. Specifically, the whole “gang of four” is still up in the air (pay-for-performance, hedging policy, clawbacks and internal pay ratio.)

In a presentation to the NACD in July, Commissioner Troy A. Paredes said he was “troubled” that the Dodd-Frank regulatory regime went “too far.” His comments recognize that the legislation, if acted upon by the SEC, could have regrettable consequences not envisioned by the drafters. We agree with the Commissioner’s conclusions and share his concern regarding the executive pay regulation. However, we are less comfortable with the executive branch’s passive resistance to legislative action.

In our view, the SEC is playing “wait-and-see” until the election results come in, reticent to sift through the remaining Dodd-Frank executive pay issues in case a change in the political winds means a repeal (unlikely) or incremental reform of the problematic legislation (hopefully).

Still, we’re not holding our breath. Though we’re more than ready to help our clients navigate the murky waters of Dodd-Frank whether the political tides change in November or not, we hardly need to wait around to act on our experience and knowledge to devise winning compensation strategies. Politics aside, we’re on firm ground as far as that’s concerned.  When all is said and done, we believe that executive compensation should be driven by the needs of the company and the desire to enhance shareholder interest, not what is coming out of Washington.