CEO and Executive Pay Plans: Help for a Broken System 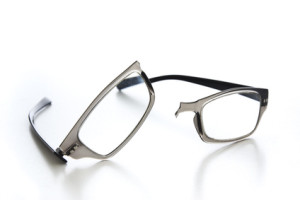 Somewhere along the way, executive compensation veered off the road.  It became too complex, isolated from true performance and downside risk, and in many cases, too high.  The original idea of executive compensation was to pay an adequate and fair wage and good benefits.  Any additional pay was intended to place executives in the same position as owners.  However, with high base salaries, equally powerful short-term incentives, long-term incentives that are treated as income rather than investment and often protect against downside risk, and the potential for golden parachute payments that reward executives when they fail, something went wrong.  The good news is that it can be fixed.  The bad news is that it will require some bold new thinking on the part of boards and management.

If we are to improve the pay model, we must first be willing to commit to a longer-term view of performance and articulate exactly what success looks like.

Pay.  Much of the current executive compensation thinking is a product of the 1980’s and 1990’s.  Many of today’s practices are influenced by the SEC efforts to standardize disclosure in an effort to bring more transparency and comparability to executive pay.  Unfortunately, as with many things, there were unintended consequences.

To say that executive pay is “broken” may seem overly harsh, but we should at least acknowledge that executive pay often falls far short of delivering on its objective of rewarding executives for long-term value creation.  The first step in the cure is admitting you have a problem.

In later articles, we will examine several solutions to these problems.