Posted by Paul McConnell on May 06, 2013  /   Posted in Compensation Committees 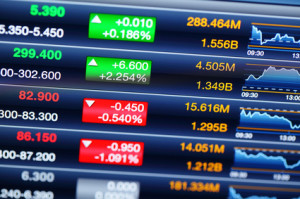 There has been a great deal of recent interest in performance share plans that use Total Shareholder Return (TSR) relative to a peer group as a measure of performance.  Clearly, these plans usually look good in a pay for performance comparison and can help secure favorable say-on-pay votes, but the additional questions Compensation Committees should be asking are:

Any discussion of total shareholder return must start with the understanding that TSR is a result of good management performance, not the performance itself.  The desired management performance is the production of great products/services, properly priced for consumer value, that deliver consistent financial returns commensurate with the riskiness of the required investment.  If the market sees this performance, share prices are bid up relative to peer companies and positive relative TSR results, assuming of course, other, exogenous events do not occur.

From a motivational perspective, the strongest incentives are those where a clear line of sight exists between the desired behaviors (performance) and the reward.  TSR plans may not provide as clear a linkage as plans tied to measures of operating performance.  Even though it may be very hard to do, executives know what it takes to raise net income by 10%; it is less clear what it takes to raise the stock price by 10%.  And the market is not necessarily rational, certainly not in the short term but also seemingly for the long term as well.  Thus plans tied to operating metrics more clearly convey performance expectations and behaviors.  However, executive pay is not just about incentives and motivation.  It’s also about sharing the risk and reward of ownership.  What then are the situations where risk sharing is more important than communicating performance expectations?  Although the following list is not exhaustive, it shows the areas where we think these plans have value.

Shareholder Relations Issues:  In cases where there have been historical issues with the pay for performance relationships, relative TSR plans alleviate that problem – in fact, better than outright share ownership.  By definition, the change in the value of executive shares owned has a 1 for 1 alignment with TSR.  TSR performance plans have a more exaggerated relationship, due to the fact that the value of the shares awarded as well as the number of shares themselves vary with TSR.  The value of these shares typically climbs faster and drops more quickly than total shareholder return itself does.

Change in Strategy/Turnarounds:  In these situations, it is difficult to set reasonable performance goals.  Success will likely be much different than current expectations.  But a successful turnaround will likely have a dramatic impact on TSR, as the market builds new expectations into the market price.  These kinds of awards are also useful in justifying the kind of above market grants that are typically required to attract new management required to effect the change in strategy/performance.

Technology/Life Sciences:  These industries are known for high risk/high reward – particularly in the pre-IPO stage, where large equity grants are the rule.  These grants are either very valuable or worthless.  (Executives that have worked in these industries often have enough worthless stock option certificates to wallpaper their office.)  Relative TSR plans can replicate this highly leveraged reward practice in the public company stage.  Very successful strategies produce high relative TSR, which these plans magnify into even larger reward.

In Conjunction with Other Plans:  When other long-term plans are in place that use other metrics, a TSR plan can be good for balancing the total plan so that a company doesn’t create negative perceptions that management gets very generously rewarded when shareholders don’t.

Are relative TSR plans “the answer”?  No, they are “an answer” that can be very appropriate in the right situations.