Posted by Jeff McCutcheon on February 08, 2014  /   Posted in Compensation Committees 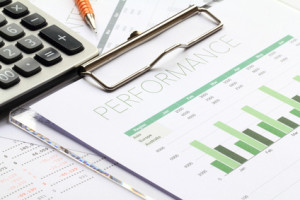 Paying for performance is assumed to be the objective of most executive and employee pay plans. A quick read of a handful of proxy statements will likely find the phrase “pay for performance” prominently used. The Dodd-Frank Act expressly instructs the SEC to require companies to describe their pay-for-performance program. However, we find many of these programs simply pay for results.

Let us explain. Paying for performance infers that the reward is somehow  linked to actual contribution, whether as individuals or as a team. It requires some level of cause and effect. In the context of a management long-term incentive arrangement (LTI), this might be achieved by linking the number of shares vesting to achievement of a key strategic objective, like successful diversification into a new business or developing a pipeline of new products to sustain a higher gross margin.

Paying for results is simply managing incentive payments to an outcome, whether the direct result of performance or not. For example, a company’s stock may rise for many reasons, including factors well outside the impact of management. This approach is typical of many total shareholder return (TSR)–based long-term incentive plans. The plans are defensible on the basis of their alignment with shareholder returns over the same period of time. However, let’s not lose the distinction here—paying for results is not the same as paying for performance.

Investors support long-term incentives primarily because they believe the incentive will both reduce the risk inherent in strategy execution and decrease the eventual investor cost to realize the strategy. The LTI should reward successful strategy execution and serve to complement and, at times, counterbalancethe short-term nature of the annual incentive. It’s about providing a financial incentive to create future value through execution of a strategy, which may require an extended period of time to achieve.

For these reasons we argue that performance—causality to results—is critical to maximize the valueof the incentive investment. If you simply pay for market-based returns using absolute or relative  TSR, the LTI may serve more as a lottery ticket than an incentive. By this we mean actual payout is viewed  more as chance than contribution. This hardly serves to motivate any change in behavior on the part of the executive or help guide the executive team in navigating tactics and priorities. While such programs are often lauded, they may in fact diminish or delay accountability for a poor strategy by rewarding (or punishing) for events reflected in stock price that are unrelated to changes in long-term franchise value.

The LTI should address two equally important objectives—deliver the strategy (paying for performance) and create value for investors (paying for results). The former is an often difficult, uncertain, and time-consuming effort. Yet, achieved thoughtfully, it produces a resilient and successful organization. The LTI should also reflect performance risk. A business-as-usual strategy (or lack of strategy) should provide no more than “caretaker” rewards, even if shareholder returns are exceptional. Similarly, an exceptional strategy that does not produce above-market returns for investors cannot be granted superior rewards. However, the exceptional strategy that is duly rewarded over time by the market should deliver superior rewards to the management team

As we saw in 2013, institutional investors are beginning to migrate from simple, standardized, and often poorly conceived metrics dictated by the proxy advisers (e.g., ISS and Glass Lewis) to a more nuanced dialogue with managers and board members regarding pay. As institutional investors trade the “pass/fail” approach for dialogue, it is critically important for managers and boards to speak clearly to their shareholders about how the LTI is integrated with both successful strategy execution and rewards to shareholders. By clearly articulating the detailed link between enterprise strategy and executive rewards, companies will benefit from not only more effective executive efforts, but also greater investor support.

Are You Paying for Performance or Just Paying for Results? from BoardMember Magazine, Q1, 2014